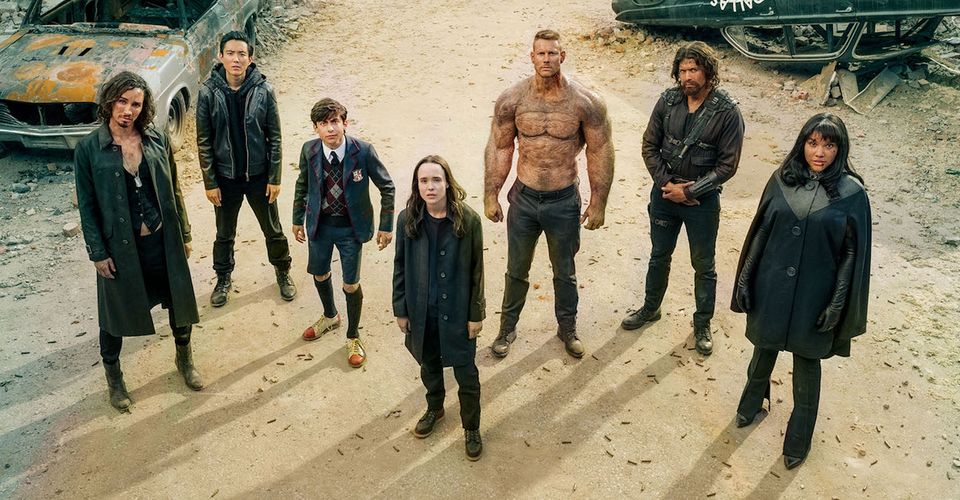 The future of The Umbrella Academy has remained somewhat uncertain following the conclusion of Season 2, as a third season has not been officially announced.

Despite the lack of announcements, a Production Weekly report suggests that Season 3 of the series will begin filming on Feb. 1. 2021 and is scheduled to be completed in August 2021. The report states that the entirety of production will take place in Toronto. It should be noted that the release of such details do not confirm that The Umbrella Academy will see a return to screens. As of yet, Netflix has not confirmed the show’s renewal.

Both seasons of the Netflix series have released to widely positive critical reception. The streaming giant reported that the first season was streamed by 45 million viewers within the first month and became Netflix’s third most popular series in 2019.

Season 2 was released in 2020 and saw the Hargreeves children hurled back across the 1960s in the aftermath of the explosive Season 1 finale. While searching for a way back to their own time, the family is forced to defend themselves against Swedish assassins and the Commission, all while trying to prevent major alterations to history by ensuring that the Kennedy assassination occurs. The season ended with the Hargreeves returning to the present, only to find that the world has once again changed and the Umbrella Academy is no more– it has now been replaced by the Sparrow Academy, led by none other than a seemingly resurrected Ben Hargreeves.

Read more at the source.

Please donate to help with the site, this would go towards hosting, domain renewals and pictures! We had to upgrade our hosting plan so its a bit more each month, all donations are appreciated and will feature on a credits page! DONATE HERE

Angel Dust (2020)
as Narrator
Confused and delusional friends Angel and Decent confront each other in the astroplane. They unawares of their mental state embark on a hallucinogenic journey. Written and directed by David Conroy, this is the first official release for XoZen1 Films.

The Umbrella Acamedy (2019-2020)
as Klaus Hargreeves
On one day in 1989, 43 infants are inexplicably born to random, unconnected women who showed no signs of pregnancy the day before. Seven are adopted by billionaire industrialist Sir Reginald Hargreeves, who creates the Umbrella Academy and prepares his "children" to save the world. In their teenage years, though, the family fractures and the team disbands. Fast forward to the present time, when the six surviving members of the clan reunite upon the news of Hargreeves' passing. They work together to solve a mystery surrounding their father's death, but divergent personalities and abilities again pull the estranged family apart, and a global apocalypse is another imminent threat.

Are you a frequent visitor to the site? Have any photos, captures, etc that you see missing in our gallery that you would like to donate to the site? If so, feel free to send them to us. If you would rather donate media or videos, that is welcome as well! Remember to include how you would like credited in the email along with the donation. What can you donate? - Event/Appearances - Magazine Scans - Photoshoots - Screencaptures --Candid photo donations are not accepted. We are a paparazzi free site. Please end donations to robertsheehanonline@gmail.com Please include how you would like to be credited

You can find out more about which cookies we are using or switch them off in settings.

This website uses cookies so that we can provide you with the best user experience possible. Cookie information is stored in your browser and performs functions such as recognising you when you return to our website and helping our team to understand which sections of the website you find most interesting and useful.

Strictly Necessary Cookie should be enabled at all times so that we can save your preferences for cookie settings.

If you disable this cookie, we will not be able to save your preferences. This means that every time you visit this website you will need to enable or disable cookies again.